I admit it: driving just isn’t as much fun as it used to be. Our highways are crowded with lots of horrendous drivers and the stop and go nature of commuting could easily be performed by a monkey. And for these reasons I fell in love with Cadillac’s SuperCruise system years ago when I first tested it in the now discontinued CT6. 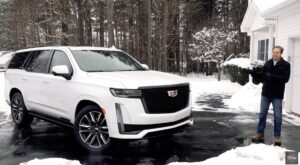 But with the debut of the all-new Escalade comes the Super Cruise 2.0 and it’s the ultimate antidote to stressful, mundane driving. 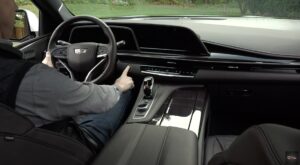 When I first drove this top of the line Escalade Platinum Sport last fall I was blown away by how it had evolved into a legitimately modern luxury SUV. 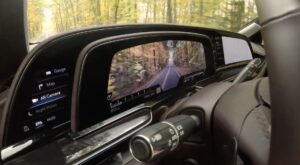 But at that point, Super Cruise wasn’t quite ready so now I’ve got another quick spin in the exact same model but this time with the cutting edge hands-free driving tech. 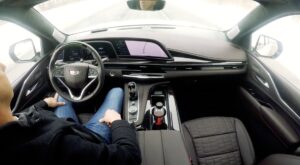 I first experienced Super Cruise on the 2018 CTS and I immediately fell in love with it.  All of sudden, I was on the highway actually enjoying my surroundings and more focused on the conversations with my passengers.  The tailgater, the aggressive driver, all the jerks on the road; no longer a concern of mine.  I drove over 50 miles from Albany to Lake George and arrived at my destination completely relaxed and refreshed. 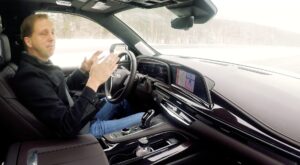 And now 3 years later Super Cruise has arrived on the all-new Escalade and it’s only a $2,500 option making it an absolute no brainer.  For those of you who ran right out last summer and bought one of these it’s too bad because you missed out.  Super Cruise is free for the first 3 years after which Cadillac is going to charge for a connectivity plan in order to keep it active.  Add it to the subscription mania in your life. 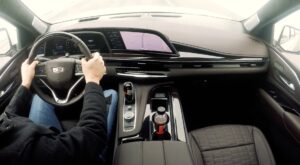 Now, you won’t hear Cadillac using the term “self-driving” – those are my words – but as long as you’re on one of the mapped limited access highways Cadillac has programmed into the system – over 200,000 miles of them – you’re mostly good to go.  And I say mostly because there are some caveats and I’ve experienced them this week on parts of I-87 and I-90 here in Albany. 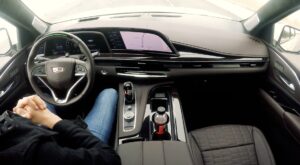 According to Super Cruise’s lead engineer, it may be caused by recent construction in the area or maps that haven’t been updated to current conditions, but there have been times when driving within city limits that Super Cruise wasn’t available.  It’s super easy to use though…if you can set cruise control on your car then you can do this. 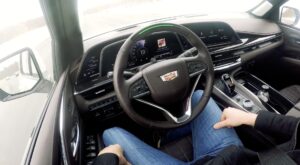 And when the steering wheel lights green you know you’re good to go and the hands can come off.  This updated version also better mimics a more realistic driving styling and it’s near perfect in its execution. 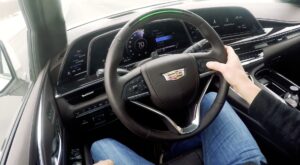 Look away for too long and there are all sorts of warnings to get you to refocus. 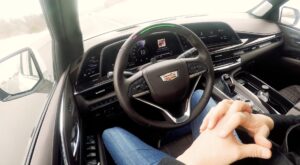 The biggest change to Super Cruise is that it now will perform lane changes when you signal for them – a feature Mercedes debuted about 5 years ago. 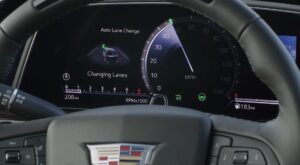 Ironically though, Cadillac is the only mainstream automaker that has been offering this brilliant hands-free driving technology – the others are just beginning to catch up.  But the key for GM is to finally spread this feature throughout their entire portfolio of brands because it one thing to have it on a $100,000 Escalade but a complete game changer to offer it on a $30,000 Chevy. 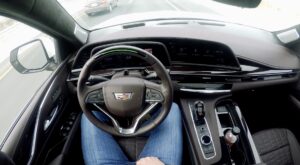