Posted on January 24, 2023 by Car Critic Steve Hammes — No Comments

Between 2007 and 2009 General Motors unleashed a bevy of new crossover SUVs establishing it as serious player in the bourgeoning 3-row family hauler class. GMC Acadia, Buick Enclave, Chevy Traverse, Saturn Outlook and Suzuki XL7 – some have died along with their brands, the Acadia was eventually redesigned to be smaller leaving the Traverse and Enclave to carry the torch.  Both still sell very well and were last redesigned for the 2018 model year and refreshed in 2022.  This Enclave Avenir represents the pinnacle of the platform.

A TOUCH OF LUXURY

Sporting a restyled, sharper front end, Evonik Acrylite (Plexiglas) LED light signatures for the daytime running lamps and taillamps, a reimagined rear fascia with chrome trim, and this new Emperor Blue Metallic paint (one of a trio of new paint choices), the Enclave Avenir looks more premium than ever.  And with a $62,460 as-tested price, it should. Splitting the difference between a Chevy and a Cadillac, Buick’s market positioning makes the Enclave a solid buy for shoppers craving a touch of luxury without crossing too far into big money territory.

THE DISTINCTION OF AVENIR

The Avenir has also been given a bit more distinction inside, separating it from lesser trims with unique design elements and patterns.  I love the choice of textured wood on the door inserts, for instance. This Enclave also benefits from more comfortable seat cushioning, a larger wireless charger for newer smartphones, and a new head-up display among a host of enhanced driver assistance features such as Rear Pedestrian Alert.  The little 8” infotainment touchscreen is the only conspicuous mark of an SUV with some miles on its odometer while other signs of aging are more subtle.

IMPRESSIVE SIZE IN ALL ROWS

The Enclave is a legitimate 7-seater with impressive size through all 3 rows.  The SmartSlide second row captain’s seats provide easy access to the back, especially so on the passenger side which also pitches forward meaning an empty child seat can be left in place while moving forward.  Cargo room is equally as commodious with over 97 cubic feet available with both rows folded flat.  Even with the third row occupied there’s still plenty of space for all of your groceries.  Power folding seats are a nice touch but require some wrangling of the captain’s chairs if they are positioned all the way back.  Buick’s tri-shield logo illuminates under the rear bumper as a placement guide for the foot operated tailgate but this one is too sensitive, requiring you to find the absolute sweet spot in order to make it work.  Dual moonroofs substitute for a true panoramic roof and one in front has a manually operated shade – a no-no at this price.

All Enclaves are backed by GM’s venerable 3.6-liter V6, producing up to 310 horsepower and 266 pound-feet of torque. In the name of efficiency, a 9-speed automatic transmission employs stop/start technology, but the EPA estimate for combined driving is a bit sobering: 20 MPG – the same as a Toyota Sequoia with more than double the twisting force. Despite that, the 440-mile driving range is notable. No turbo, no problem – this Enclave can hustle and its powertrain is as smooth as its ride.  Though it feels sizeable from behind the wheel, there’s a sense of confident control and a connection with the driver.  Don’t skimp on the $1,595 Avenir Technology Package though because it contains the Enclave’s piece de resistance – the premium suspension with variable real-time damping. It delivers the very refined, isolating ride you’d expect from a Buick and a setup that’s not available on lesser Enclave trims.

Sourced from GKN, the Avenir’s optional all-wheel drive system incorporates torque vectoring technology to help steer the vehicle making on-road performance more stable and dynamic as well as enhancing off-road capabilities. Plus, it contributes to fuel-efficient by providing a simpler all-wheel drive disconnect; driver selectable from a button on the dash when only front-wheel drive traction is needed.  Tour and Sport drive modes are available with an overly ambitious checkered flag displayed in the gauge cluster for the latter.  The Enclave can town up to 5,000 pounds. 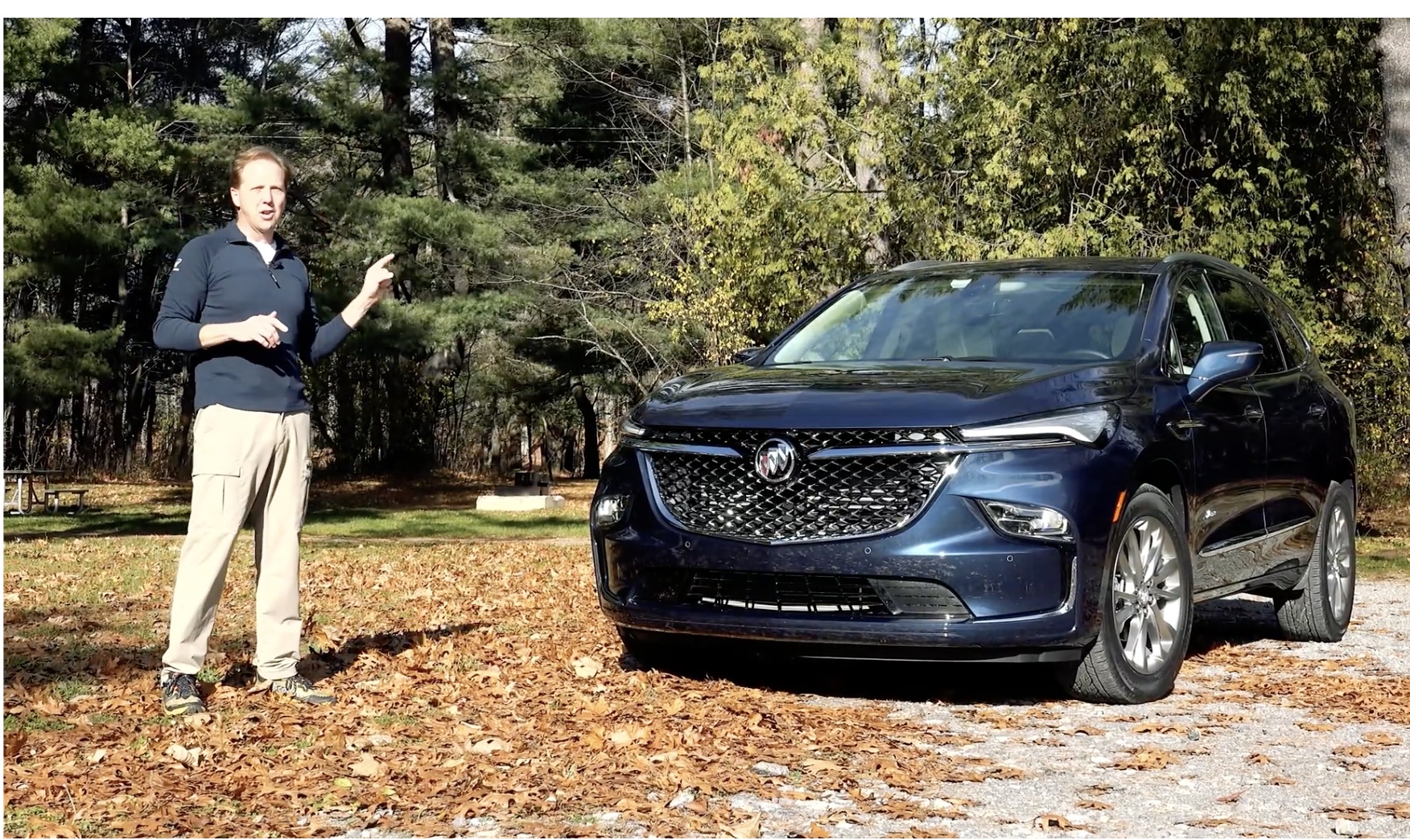 QUIET TUNING ON PAR WITH LEXUS

Not all Enclaves can be upgraded to the twin-clutch all-wheel drive system and continuous damping suspension but the Avenir offers both and they’re important benefits not to be overlooked.  When equipped they deliver improved control, upgraded handling, and a premium ride comfort elevating the Avenir’s drive to luxury status.  Lexus has long since been known for its quiet cabins and plush rides but Buick is right there on both fronts, providing a sense of calm and serenity for the family. 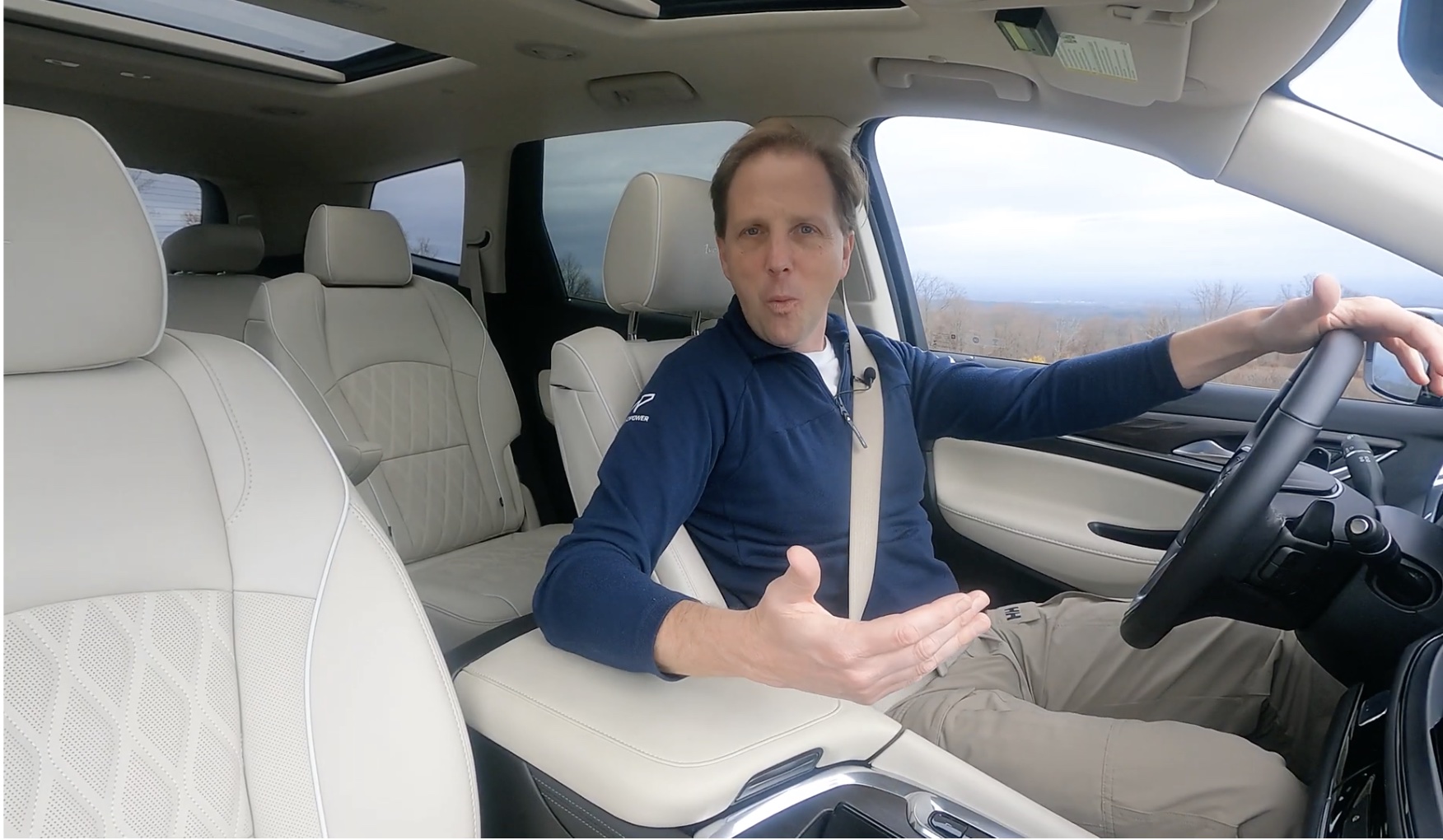 If the Avenir sounds too lavish or expensive note that a base front-wheel drive Enclave starts at $46,195 and packs the same powertrain.  But much like Denali is to GMC, the Avenir sub-brand is for the customer who demands distinction.

A scheduled redesign is still a couple of years away at which point the Enclave is expected to get GM’s groundbreaking Super Cruise hands-free driving technology.  Until then, cross shop the Enclave Avenir with the Acura MDX, Audi Q7 and Infiniti QX60.  For the customer who values quietness, comfort and roominess, the Buick makes a compelling argument for purchase.