I kind of like it when automakers revive dormant nameplates. And these days, it seems like everything is being rebooted so why not the Venza? 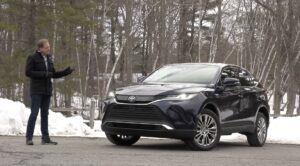 It hasn’t seen a new car showroom in 6 years and now it’s back with its general purpose still intact but with a modern twist; a hybrid powertrain that doubles its MPGs in city driving. 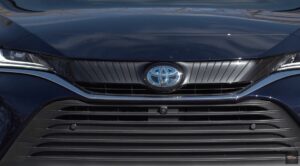 Toyota sells 4 crossovers and 3 SUVs ranging in price from the low $30ks to the high $80ks. 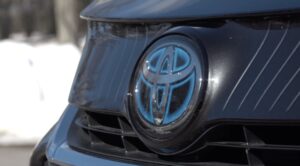 And though 2 of those can be specified as a hybrid this is the only one that comes exclusively as a hybrid and the lone crossover that’s equipped with standard all-wheel drive. 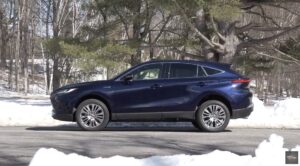 With a starting price of $33,645 including delivery, the Venza slots in between the RAV4 and the Highlander occupying the space of a quasi-midsize 5-seater but in reality its interior dimensions are more compact. 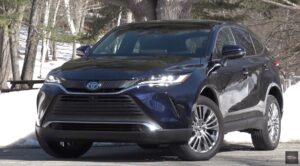 Going into my test week I can’t say I was really expecting too much – Toyota has been the target of my criticism of late – which is why I’m so surprised at how well they’ve executed the Venza’s return.  It’s as smartly crafted and perfectly positioned as any model in their vast lineup. 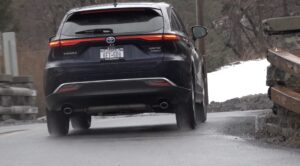 In my circles, every time I bring up the fact that I’m driving the new Venza all I hear is that it’s just a fancier RAV4 Hybrid.  And fact is they do share the new Toyota platform like several other of their sedans and crossovers.  But this is not just badge engineering here. 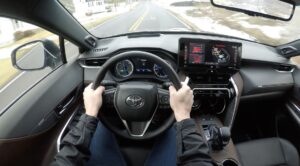 This looks and feels like a completely different vehicle; much more luxurious and upscale. And I’m really digging this Limited grade. 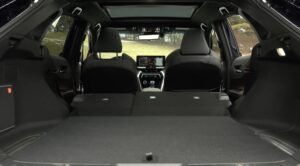 I’d say this is the nicest, most modern new Toyota cabin in a long time.   There’s still no wireless phone projection but the fit, finish and materials used look and feel authentic and elegant. 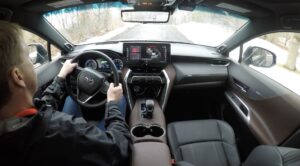 The head-up display, this huge screen and the cool Star Gaze panoramic roof – this is a really well-appointed and designed interior. 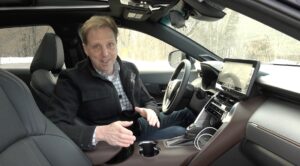 The body looks great and I even like the hybrid powertrain here – it’s a good fit. 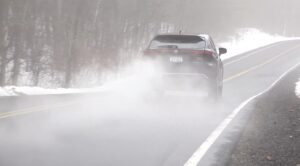 With a combined 219 horsepower from the 2.5-liter 4-cylinder gas engine and a the electric propulsion motors on each axle working through an electronic CVT, this is a Toyota hybrid special that’s also found in the RAV4, Highlander, Camry and Avalon. 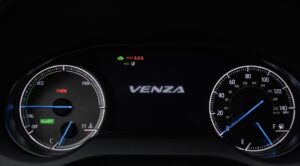 And I’ve driven all of them, but the Venza is this powertrain’s most appropriate fitment.  It’s smooth, torquey, quiet – when driving it I never wish it wasn’t a hybrid and that’s the highest compliment I can pay any gas-electric vehicle. 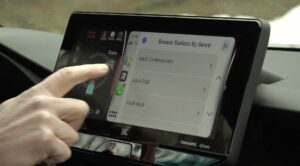 And another obvious benefit is of course the mileage.  The old Venza returned 22mpg.  This one is rated at 39 and boasts a 566 mile driving range. What’s not to like about that?  The graphical depictions of energy usage are excellent and available in 3 different locations…love it. 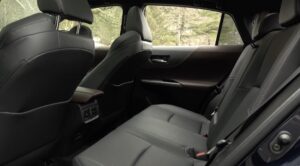 The modern battery pack resides under the rear seats but doesn’t cramp space, so the Venza feels very accommodating – the size is goldilocks; easy to drive and park yet large enough to get all of your stuff home from the big box stores.  Could they have added remote seat levers?  Yes. But there is a foot activated liftgate and a vehicle lock button back here. 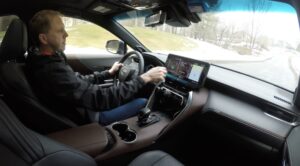 The cabin design and level of features are also impressive and unlike a lot of Toyotas, the Venza delivers an overall experience that supersedes the asking price.  With the addition of the Advanced Technology Package which includes a vivid and robust head-up display and the non sequitur pairing of rain sensing wipers, 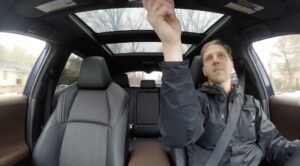 and this new Star Gaze panoramic roof which takes a page out of Mercedes’ playbook by transforming from transparent to frosted at the touch a button, MSRP is $43,100. 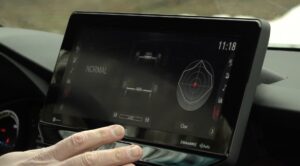 The over 12” touchscreen looks great and is within easy reach of the driver, it’s layout is customizable for passenger use, there’s this cool perimeter scan camera with an activation button over by your left knee and a Venza-specific, 9-speaker JBL audio system that’s the most powerful ever installed in a Toyota.  It sounds especially rich.

And though I like the clean look of the Touch capacitive controls, there’s nothing like a good old fashion volume knob.  But the steering wheel provides good redundancy for this.  The Venza is smart, too like only directing air conditioning to occupied seats and using the navigation system to analyze driving habits to optimize hybrid battery charging. 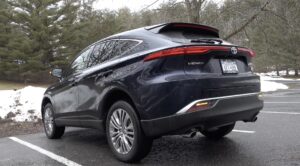 I’m not a huge fan of the gas-electric hybrid powertrain at this point because it feels like old technology already but Toyota is more bullish on them than any other automaker and I have to say it feels really appropriate here, with that effortless, torquey takeoff and periods of quiet EV motoring.

It drives like a premium midsize SUV in every way but at 39mpg.  Those empty-nest baby boomers Toyota targeted with the initial Venza will still like this but now its appeal is even greater. 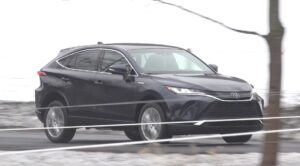 The all-wheel drive system can direct as much as 80% of the available power to the rear wheels and aids in on-road handling.  The Venza rides with a comforting smoothness and quietness that’s enhanced by various drive modes including Sport and on the backroads the drive is very assured making it a great day trip vehicle bolstered further by dynamic radar cruise control, lane departure alert with steering assist, auto high beams and road sign assist. 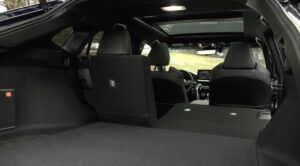 So I’m near the end of my week with the Venza and I’ve been more impressed with it each passing day.  As a matter of fact, this is the best Toyota I’ve driven not named Supra in a long, long time. 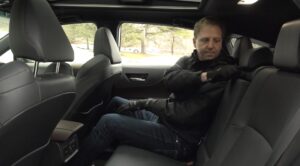 It’s a stellar 5-seat SUV that isn’t plagued by any Toyota penny-pinching.  The seats are incredibly comfortable, the driver’s position is perfect, the hybrid actually feels good here and the amenities minus a couple of omissions are spot on for a Limited trim. 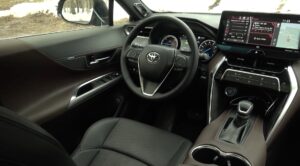 I’d recommend the Venza all day.

There’s even smart key access on all 4 doors…how about that for Toyota?  No matter how you slice it the Venza’s resurrection has been brilliantly accomplished and should experience great success.