The Rogue has been a savior to Nissan; a runaway hit with consumers that has carried the brand through their peaks and valleys. 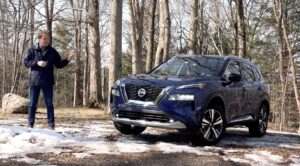 So this next generation better be spot-on, right?  Well, for the vast majority of Rogue shoppers this one is going to impress with its upscale looks and premium level features.  But there is, potentially, one caveat: drivers, proceed with caution. 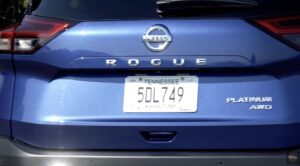 Nissan has designed their best-selling Rogue to meet the needs of today’s young families. 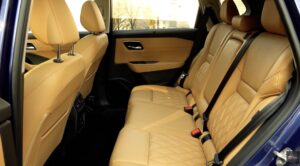 And thinking back to when Maddie was little, this Rogue would have been great for us: it’s reasonably priced from under $27,000, there’s available all-wheel drive, up to 30mpg in mixed driving, 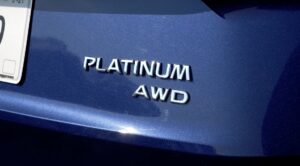 lots of room for kids and cargo and depending on how rogue you want to go Nissan has added this new Platinum trim brimming with all of the good stuff. 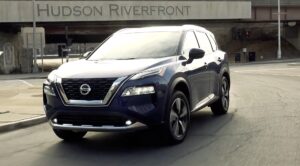 This two-tone Blue/Black example with a smattering of options checks in at $40,060 including delivery.    That’s eye opening but keep in mind that the Rogue is not a compact SUV but rather a midsize. 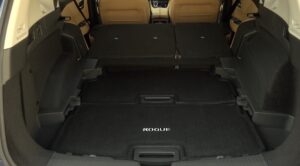 At one point you could actually get it with a 3rd row.  But that option and the hybrid powertrain are no longer. 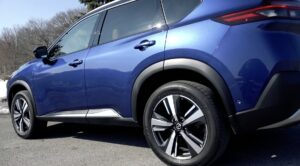 As compared to the previous model, this Rogue is a little shorter with a tad less ground clearance, drops a little weight, picks up a bit more power, can tow about 300 pounds more and adds rear seat legroom despite the deletion of the Slide-N-Recline seat. 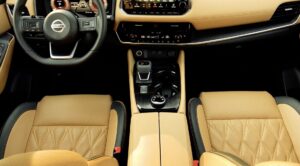 It’s been redesigned with newfound presence that’s evocative of something more rugged yet upscale…look closely and there’s a hat tip to Land Rover in the body.  The sole powertrain continues to pair a 2.5-liter 4-cylinder to a continuously variable transmission but it now uses direct fuel injection to produce more low-end torque, more horsepower and better fuel economy.  It’s rated at a modest 181 horses and 181 pound-feet returning 25mpg city/32mpg highway on regular. 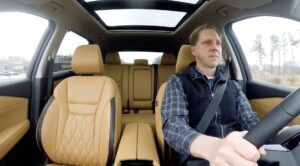 The continuously variable transmission which Nissan calls Xtronic can be a controversial topic which typically lands people in 1 of 2 camps: The ambivalent or the haters. And honestly I’ve had a difficult time forming an opinion about the way this Rogue drives; initially I really didn’t like the artificial aspect and weirdness for the lack of a better term but now towards the end of my week I’m appreciating the very smooth and nimble backroad handling – a benefit of the new Vehicle Motion Control System – and the CVT thought unpleasant sounding at times is again smooth and largely inoffensive. Even the engine which looks weak on paper does a decent job of not getting bogged down. 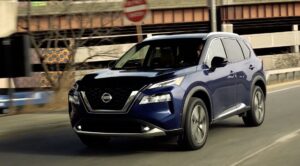 And at the end of the day, the vast majority of Rogue shoppers who likely prioritize other aspects of the car beyond the drive will be content from behind the wheel. 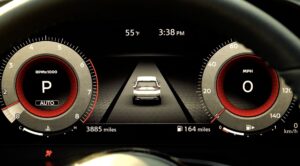 It has a little bit of that one pedal drive feel you get in an EV with less need for the brake than is typical.  The suspension has a generally soft tune so you don’t feel much of the road. 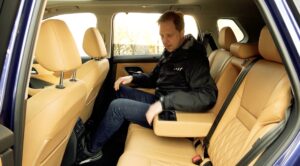 It’s softly sprung, which I like.  As you dial through the drive modes, it’s interesting to watch the all-wheel drive power distribution move from front to rear and with over 8” of ground clearance and an off-road mode the beach and dirt trails are safely in play as is some snow driving.  And this is a predictive system that’s been updated to more quickly react to driving conditions.  I have to say it feels really legit for what it is.  Sport mode is also a winner which keeps the engine on standby for bursts of acceleration and creates faux shift points for a racier feel.  It doesn’t sound good but it works.  Anyhow, the cabin is very quiet so there’s that to enjoy. 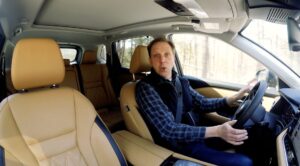 The cabin is special.  This is a huge leap forward both in terms of its appearance and the features that Nissan has stockpiled in here.  Now, it is nearly 40 grand so let’s not act like they’re giving the store away or anything but it is extremely well-equipped and contains all of the features I would want in my new car.  But not unlike Subaru, it’s very safety forward in here and I appreciate it more when my safety tech kind of slides into my DMs as opposed to stalking me.

It’s called ProPILOT Assist and it’s a hands-on, driver assist technology that’s been enhanced to provide smoother braking, better steering assist feel and improved detection of other vehicles cutting in front of you.  And when you’re using the adaptive cruise control during stop and go traffic Nissan has extended the time to 30 seconds for the car to automatically resume driving.  It also uses the navigation system to reduce your speed on tight highway curves and the like.  It’s no Super Cruise – not even close – but it can come in handy on long trips or monotonous commutes.  I just wish the integration was a little neater and more transparent…I don’t need disable and activation buttons everywhere in addition to readouts and menus. 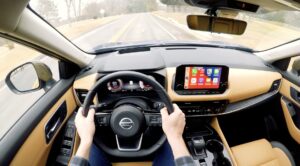 But the amenities in here are truly robust.  I love the head-up display…it’s a great safety feature, Nissan’s Zero Gravity seats are comfy and reduce fatigue, you’ve got a crisp, large, bright, easy to reach and use touchscreen with wireless CarPlay – sorry Android people, you’re still tethered – a surround view camera with real button, quilted leather seats with heated front and rear seats, heated steering wheel, a respectable sounding Bose stereo system, some basic, color changeable ambient lighting, a pano roof, and remote start.  The Platinum trim is truly loaded and leaves you wanting for very little – I don’t even miss the Slide –N- Recline rear seat there’s so much room back here and you get window shades and your own climate controls.  There’s even smart key access at every door.  But the height adjustable passenger seat remains elusive though it does have another trick; a fully reclined sleeper seat.  The rear hatch opens with a kick of the foot and contains the familiar Divide-N-Hide cargo system with its height adjustable floor, storage cubbies and sectional dividers.  There are even remote levers back here for easily dropping the rear seats.  And if you’ve got kids in car seats you’ll appreciate how wide these rear doors open. 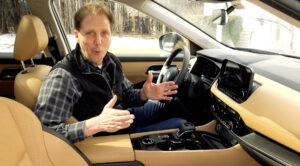 The first few days I had this I nearly killed myself running into the door each time I went to get in.  You see, they just don’t really swing open freely they kind of just stop so be careful.

I’ve never really understood the Rogue’s sweeping appeal – the Rogue Sport was my preferred choice – but this one?  This is smart, well-executed, sized right and brimming with goodies people will love.  Count me in.