Toyota’s infamously long product cadence has caused the Sienna to slide all the way to the 4th spot in minivan sales. 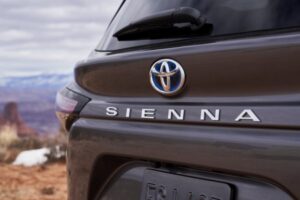 That may not sound bad until you realize there are only 5 of them on the market.  But going on sale this November is an all-new 2021 Sienna Toyota hopes can challenge the segment-leading Chrysler Pacifica. 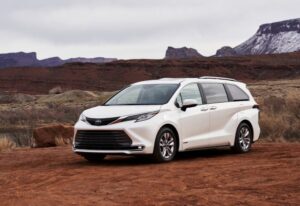 How will it accomplish this?  Well, though they no longer own the market with it the Sienna continues to offer all-wheel drive – a big plus in the snowbelt –  but here’s the headline: all models will be hybrids. 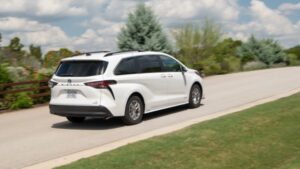 Not a plug-in like the Pacifica, mind you, but a battery-motor- engine deal nevertheless.  245 horsepower and 36mpg is the hook Toyota hopes can reel you in. with this new model strategy.

It’s an all-new vehicle from the ground up, elevating the Swagger Wagon look with a fresh design and new features Toyota says make this the most sophisticated, versatile and enjoyable Sienna ever. 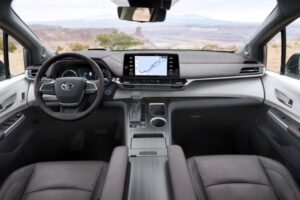 Engineers focused on reducing noises in the frequencies where conversation takes place, while also mitigating the feeling that you’re driving a bus by using what they call the Bridge Console, ergonomically positioned high with lots of storage, helping to alleviate stress and boost driver comfort. 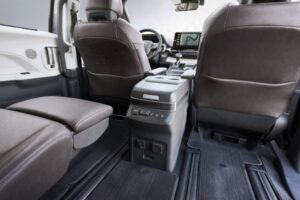 And then there are a host of other convenience features that have become minivan staples such as kick open and close sliding doors, sliding 2nd row captain’s chairs, modern connectivity but not wireless phone projection, Driver Easy Speak, and a vacuum.

Above and beyond good stuff like a digital rearview mirror, head-up display, bird’s eye view camera and a refrigerator give the Sienna some distinction.

Pricing for the very base FWD Sienna LE with its 8 passenger seating and stowable middle seat starts at $35,635 including delivery while a 7-seat AWD Platinum checks in at $51,635.