Buick is interesting, isn’t it?  No cars, no hybrids, no EVs…at least not here. 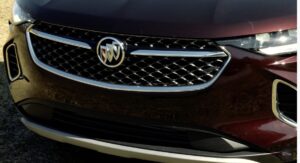 They’re kind of like the Chinese meat in a Chevy and Cadillac sandwich.  It’s the Far East where Buick thrives and when the Envision became a runaway hit in China years ago they made the decision to import it to the States.

And now 4 years later a more Americanized version has arrived but one that’s still built in the People’s Republic. 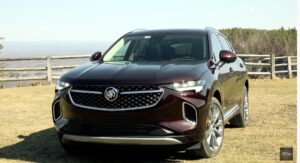 Bigger than the Encore and Encore GX and smaller than the Enclave this is a compact-sized 2-row SUV that now looks much more attractive and car-like.

It’s priced from the mid $30ks and now comes in Buick’s highest Avenir trim, like here.  It’s pretty rare to see a front-drive model in these parts but you’re looking at one though all-wheel drive is an option. 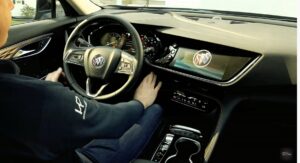 The new Envision is pretty good. 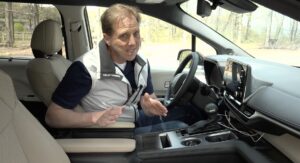 But I’d rather have a Venza. 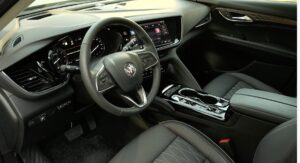 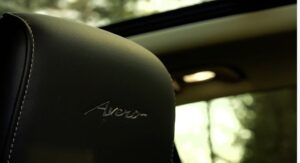 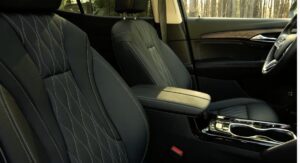 By smaller I mean it’s down 5 cubic feet of cargo volume while the passenger volume remains unchanged.  There’s a hands-fee liftgate to access this area and because the Envision now rides lower it’s even easier to load; more like a wagon. 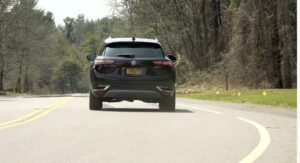 The ride quality is exceptional thanks to the optional fancy suspension that continuously adjusts to the road, its’ Quiet Tuned as Buick calls it so it’s nearly silent inside, and the touchscreen is big, easy to reach and excellent in its operation. 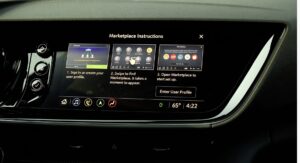 It’s not sporty in any way so it’s a polar opposite to the Acura RDX, but it’s relaxed, comfortable and stocked with stuff. 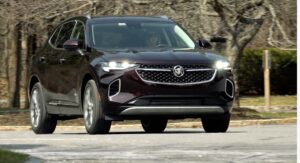 The front HiPer struts are gone, replaced here with a Continuous Damping Control setup that adds some upscale composure to the body movements.  But the 258 pound-feet of torque creates some big-time torque steer when you lay into it – something the old HiPer struts scrubbed out.

With 228 horsepower driving the 20” wheels through a 9-speed auto acceleration is tepid but gas mileage has increased when compared to the discontinued 2.5-liter engine to 26mpg in combined driving on regular but with a smaller tank the total driving range is down to 413 miles. 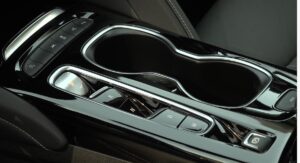 There’re also 3 drive modes but just leave it in Tour and you won’t be missing anything. 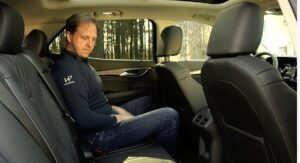 At least there’s a height adjustable passenger seat but the focus up here is on the driver with this wraparound cockpit-like design.  And as the driver you’re the only one that gets the basic massage function. 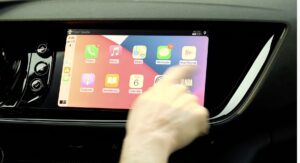 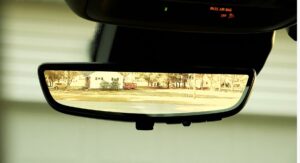 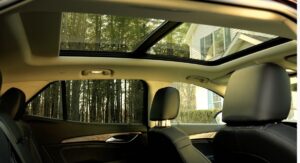 a pano roof and top notch, intuitive infotainment with some cool apps and easy to use voice controls.  So people who love stuff more than they love driving will be giddy with the Avenir.

The seat patterns and textured wood trim look chic and I have to disagree with the family – the rear seats are nicely sculpted and heated and provide enough space for me – just don’t do 3 across and adults will be more than fine. 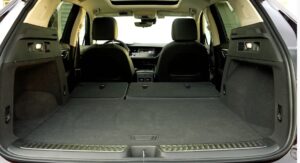 Buick’s lineup of 4 SUVs is selling especially well – it’s the hottest GM brand at the moment with sales up 35% so far in 2021. 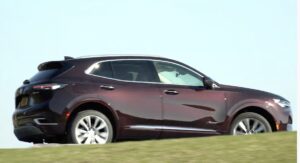 They’ve found their niche and I expect the new Envision will increase its appeal with Buick shoppers.  But at a similar price and size, standard AWD and 40mpg, the new Toyota Venza should definitely be cross-shopped.