Ford has taken a bold approach here with the next generation of one of their most venerable nameplates. Returning to a rear-wheel drive platform that offers up to 29mpg – this is the all-new Explorer Hybrid. 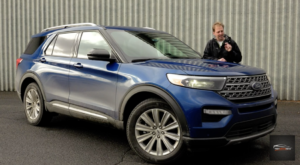 The 5th generation Explorer debuted in 2011 when it moved off of its truck frame and became a more modern, unibody SUV.  And now here we are shifting the power once again to the rear wheels but retaining the weight savings and 3-row spaciousness of a contemporary crossover. 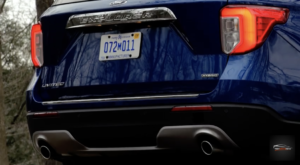 So should you care?  For most owners, probably not.  Today’s traction and stability control systems combined with the Explorer’s available all-wheel drive have overcome traditional rear-drive disadvantages.  Rear-drive setups also provide better weight distribution for a more athletic drive and allow the vehicle’s designers more freedom to create this Explorer’s sportier stance. 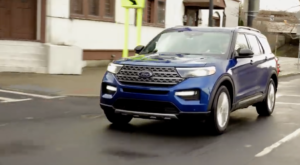 Because you need an extra connection between the front-mounted engine and the rear wheels they are costlier for automakers to build but Ford likes their decision and so will Explorer drivers. 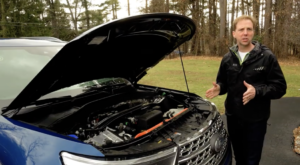 When you’re shopping the Explorer you’ve got 3 engine choices.  The volume models are powered by a turbo-4 while the high end trims run with a turbocharged V6 making up to 400 horsepower.  Sandwiched in between is this hybrid, using a naturally aspirated V6 and an electric motor for propulsion. 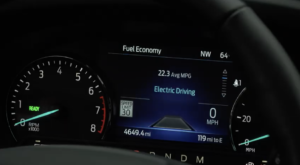 Its purpose is fuel efficiency, particularly in around the town driving, where it’s rated at 27mpg…that’s almost 30% better than the 4-cylinder and it provides a 540 mile driving range.  Question is, can those numbers be achieved? 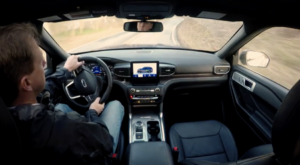 Over the course of a week and 320 miles, I averaged 22mpg and 94 of those miles didn’t use a drop of gas.  So that’s disappointing to say the least.  The 4-cylinder Explorer is supposed to nab 24mpg without an electric motor.  And because the Hybrid is only available in the more extravagant Limited trim, its MSRP is $15,600 more than the Explorer XLT. 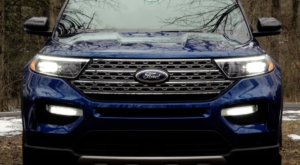 No matter how clever the engineers get with this gas-electric hybrid powertrains fact is they’re just not as smooth as their traditional gas-only counterparts.  I like how the information display alerts you to when you’re in full electric mode and I’m always a sucker for a good graphical depiction of what’s happening with the powertrain and that’s here too.  But choosing the hybrid is a compromise I bet most customers plunking down $55,000 won’t want to make.  The drive can be a little uneven and the ride quality takes a hit for what seems to be ho hum mileage. 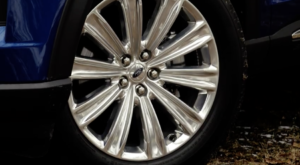 No all-wheel drive on my tester, but it is offered and uses the same 10-speed hybrid-specific transmission.  This one produces 318 combined horsepower and feels rather lively, particularly in Sport mode.  There are even very convincing engine sounds to match. Though the battery pack doesn’t cut into the ample passenger or cargo volume the Hybrid is the heaviest Explorer weighing nearly 5,000 pounds and that is palpable in terms of its less than sumptuous ride quality where a heavier duty suspension might’ve helped.  Minus the Hybrid powertrain’s occasional hiccups, I do like the way this Explorer handles a backroad and the cabin is exceptionally quiet making it a perfect respite after a hectic day or for a family vacation.  Gladly, the regenerative brakes eschew much – though not all – of their hybrid nature for a more natural stopping experience.  Towing is down from the other Explorer models but not by much, still capable of hauling 5,000 pounds. 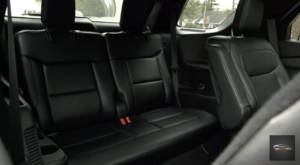 Ford refers to him as Dr. Derierre, and his PHD is in seat comfort.  His real name is Mike Kolich and he’s the supervisor credited with these awesome front seats which are most certainly road trip approved. 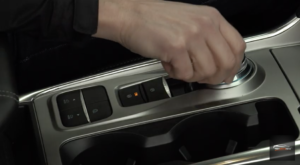 Everything you see here is included with the exception of the Twin Panel Moonroof leading to an as-tested MSRP of $55,270.  Some of my favorite features include the searing hot 3-stage heated seats, surround vision camera with external button, the killer B&O sound system, and the adaptive cruise control system that automatically adjusts to changing speed limits, even if you want to travel at a set speed above what the law allows. 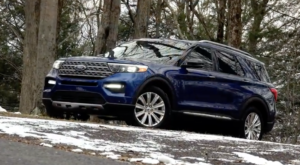 As it pertains to the electronics I’m one of the few that liked the old 4 quadrant SYNC system but it was a nightmare for most users so Ford overcorrected years ago and went to this rudimentary setup that seems too dumbed down. 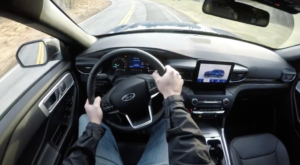 Higher-end Explorers get the tablet-like 10” screen and bigger, more involved driver display.  A couple of criticisms here: Ford doesn’t allow for Apple CarPlay and their own apps to work simultaneously so items like Sirius Travel Link are inaccessible as long as your iPhone is plugged in.  Speaking of which, why not include wireless CarPlay so that you can actually make use of this handy wireless device charger?  I also don’t care for the placement of the drive mode selector buttons… very inconvenient.  A dial would work much better anyhow.  Despite the fact that it’s only driving the rear wheels here, there are a multitude of settings configured to make best use of the Explorer’s capabilities including its nearly 8” of ground clearance.

The Explorer is bigger inside and it feels it featuring new easier to maneuver 2nd row seats, a flat load floor that can carry 4’ wide items, and redesigned anchor points for easier child seat installation.

Just press the button on top to move these seats out of the way.  It couldn’t be any simpler.  And there’s so much headroom back here that it’s too bad Ford didn’t raise these seats a little higher off the floor so that even the long-legged could sit in complete comfort.  A kick of the foot opens the rear hatch and the seats powerfold with a single touch of the button, plus, there’s some useful under floor storage. 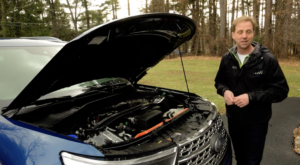 So though I like the new Explorer I’d shy away from the Hybrid…at least this one.  Interestingly, the owners’ manual makes reference to a plug-in hybrid that currently only resides in Europe.  And its performance looks impressive.  It’s built in Chicago so perhaps Ford has plans to sell it here.