Which Are The Least Efficient Trucks For The 2020 Model Year?

With a gallon of regular averaging a relatively cheap $2.57, crossovers and SUVs now comprise more than 50% of new vehicle purchases while pickup trucks have taken nearly 20% of the market for the first time in 15 years. 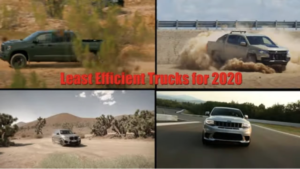 But that doesn’t mean their buyers are eager to part with their hard-earned money.  According to the Environmental Protection Agency, these are the least efficient for the 2020 model year… 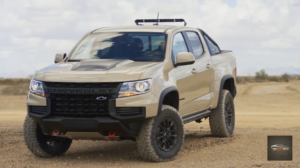 Its off-road chops are cemented by a trick suspension, 2” lift, locking diffs and multiple skid plates.  If you want a small pickup for work and for play, there’s none better.  But with the V6 and 8-speed auto netting only 17mpg in combined driving, the Chevy Colorado ZR2 finishes last at the gas pump.  CLICK HERE FOR TESTDRIVENOW AUTO CRITIC STEVE HAMMES COMPLETE VIDEO REVIEW OF THE CHEVROLET COLORADO ZR2. 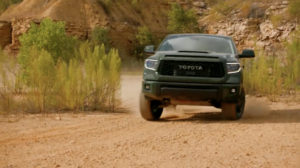 Toyota’s trucks and SUVs are nearly as old as the dirt they drive on so it’s no surprise that the Tundra lands the dubious distinction of being the least efficient full-size pickup.  The 5.7-liter V8, 6-speed auto and 4-wheel drive return a paltry 14mpg in combined driving so you might want to opt for the 38 gallon gas tank…but those $100 fill-ups are going to hurt.    CLICK HERE FOR TESTDRIVENOW AUTO CRITIC STEVE HAMMES COMPLETE REVIEW OF THE TOYOTA TUNDRA. 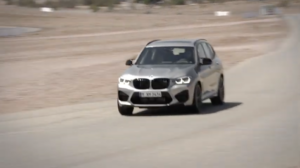 A small SUV can be more than utilitarian – it can also be a blast to drive and BMW makes some of the hottest sport activity vehicles on the market.  With a starting price of nearly $70,000, the X3 M and its sexier-styled sibling the X4 M can be outfitted with engines producing over 500hp and a 4.0 second 0-to-60mph time.  But they’re losers at the pump where owners can expect only 16mpg on premium and a tiny driving range of 275 miles.  CLICK HERE FOR TESTDRIVENOW AUTO CRITIC STEVE HAMMES COMPLETE REVIEW OF THE BMX X3. 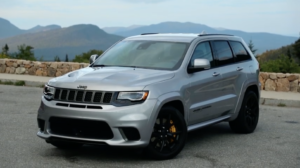 The Jeep Grand Cherokee Trackhawk is the craziest SUV I’ve ever driven.  It costs nearly $90,000 and packs over 700 horsepower.  The sound of the supercharger alone is enough to have muscle car fans say “take my money.”  But at the gas station?  I’m guessing they’d rather avoid the $80 fill-ups because this Jeep nets only 13mpg on premium gas meaning owners will spend over $11,000 more in fuel costs over 5 years than the average new car. CLICK HERE FOR TESTDRIVENOW AUTO CRITIC STEVE HAMMES COMPLETE VIDEO REVIEW OF THE JEEP GRAND CHEROKEE TRACKHAWK. 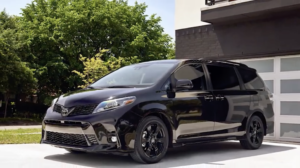 Here’s Toyota again with another model from their Dinosaur Collection – the Sienna.  Families love minivans for their cleverness, spaciousness and versatility, but they’d rather put their money into a college fund for the kids than into the Sienna’s gas tank where the all-wheel drive model nets a disappointing 20mpg.  CLICK HERE FOR A LOOK BACK AT THE TOYOTA SIENNA.

So how important is fuel efficiency to you these days?  Please go to TESTDRIVENOW ON YOUTUBE and share your comment… and while you’re there, please subscribe to my channel for thousands of the latest new car, truck and SUV reviews.