As Buick continues their transition away from cars to a premium SUV brand, they’ve got more slots to fill between Encore and Enclave and this new Encore GX takes up residence on the smaller side, capitalizing on their most popular nameplate. 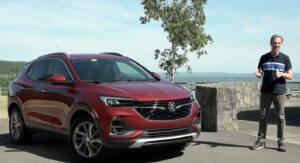 Last year, Buick sold over 100,000 Encores in the U.S. That’s pretty impressive for a model that’s in its 8th year of production and saw its last refresh 3 years ago.  But with the discontinuation of the Regal TourX the door has opened ever so slightly for another SUV to squeeze in below the Envision…and that’s what I have here in the Encore GX. 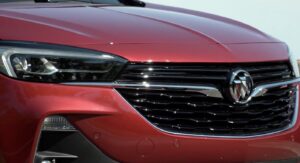 With a starting price of $25,000, the GX carries a roughly $800 premium over its smaller sibling.  And Buick has brought their tiny, turbocharged engine A game to the 2 Encore models with 1.2- and 1.3-liter engines offered here and a 1.4-liter as standard fair on the regular Encore. 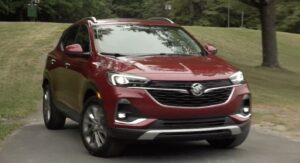 It’s a somewhat odd powertrain strategy but for an extra $395 this all-aluminum, direct-injected 3-cylinder is the power champ of the trio, producing 155 horsepower and 174 pound-feet of torque at a low 1,600 RPM.  If you opt for AWD, something my tester doesn’t have, this engine is standard and swaps out its CVT for a 9-speed auto.  This 1.3/CVT combo is also the fuel economy leader of the bunch, rated at 31mpg in combined driving with an over 400 mile driving range. 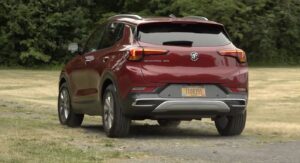 I admit, when I first saw the Encore at its auto show reveal I never would have imagined it’d be such a sales success. But the Encore is really small – so in comes the Encore GX which gives shoppers a slightly bigger alternative. Even though they’re actually 2 different vehicles, the GX ostensibly fills the same need – a well-equipped, 30+mpg, quasi-SUV that’s city friendly wearing an upmarket badge. 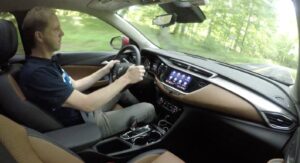 This Chili Red is a beautiful color and in this top-level Essence trim, the GX with its LED lighting and stylish 18”wheels looks the part of a cultured crossover SUV and that’s exemplified even more in the cabin, where the brown and black leather, faux metal accents and imaginative design create an uptown image. 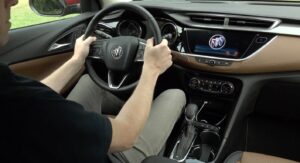 Mine also adds in some goodies like the Advanced Technology Package which includes a surround vision camera – a favorite of mine, a little flip up head-up display, adaptive cruise and this well-stocked and easy-to-use touchscreen infotainment system with on-board navigation.  It also packs in cool features like Amazon Alexa integration, OnStar and Marketplace that facilitates on the go food ordering and more. And then there’s an automatic parking assistant for both parallel and perpendicular spots and wireless device charging but not wireless CarPlay. Throw in the hands-free liftgate with a Buick logo projection to help you place your foot, and this Encore GX Essence FWD totals $33,465…an appealing price considering the depth of features.  And hey look at this – the rare, height-adjustable passenger seat. 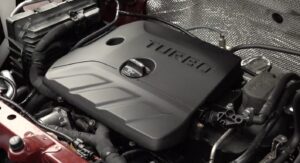 When you hear 3-cylinder turbo and CVT your gut reaction is to cringe. Especially in a premium marque. But amazingly this power train is an Encore GX strong suit. Whether on the highway or climbing a country road this thing never feels underpowered. It’s surprisingly reactive and the CVT plays along very nicely. But the ride quality lacks polish and feels more like something you’d expect from an entry level Chevy and the way it handles the road leaves very little impression at all. So the Encore GX plays up its high feature content and does so very well. 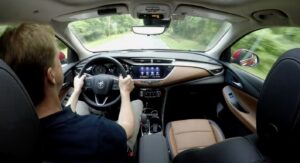 If your travels frequently take you through potholed city streets, the GX is going to be a rough go.  The semi-independent rear suspension and front struts don’t provide nearly enough cushioning and this is by far the GX’s biggest misstep. There’re also no drive modes of any kind which is unusual at this level. 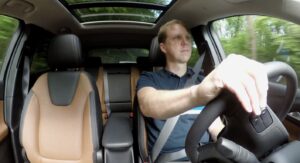 Legroom back here between the Encore and the GX is the same which is to say not very much and overall there’s only a little more passenger room in general. Where the GX gains any appreciable room is in the cargo area.

This sliding, adjustable floor also provides some more flexibility and storage to create standard and max cargo room that is greater than that of the Volvo XC40. 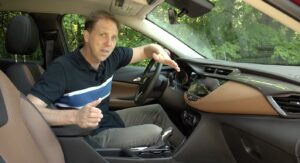 The Encore GX should do very well for Buick because it plays to the same feature conscious audience as the highly successful Encore – just bigger and with a better powertrain for not much more money.  It is not a driver’s choice, however.  Imported from Korea along with its Chevy Trailblazer counterpart, the GX is on sale now.