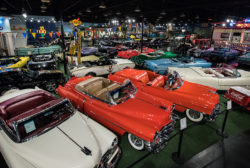 One of the stars of the Barrett-Jackson scene over the past several years has been Florida’s renowned car collector and philanthropist John Staluppi. 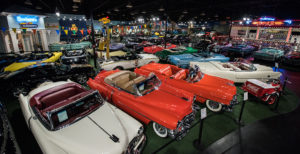 Well-known for his empire of auto dealerships and superyachts, the charismatic Staluppi, along with his wife Jeanette and their children, have been car collectors for many years. 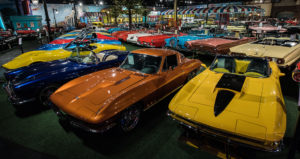 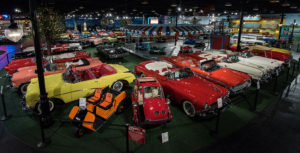 More than 140 vehicles currently housed in his North Palm Beach Cars of Dreams Museum will cross the block, all at No Reserve. A few of the crown jewels in collection include a ’57 DeSoto Adventurer, a ’59 Dodge Custom Royal Super D-500, A ’68 Shelby GT500 and a ’63 Volkswagen Beetle better known as “Herbie,” which was used in several of the iconic Walt Disney movies.

Over the years, the Staluppi family has donated millions of dollars to support charitable organizations through the Barrett-Jackson auction block. Their philanthropic passion was evident at the 2018 Scottsdale Auction, when they bought the first 2018 Corvette Carbon 65 Edition for $1.4 million, with the money benefitting former U.S. President George W. Bush’s Military Service Initiative. Last year in Palm Beach, the Staluppis bought a Resto-Mod Mustang built by students in the automotive program at Jordan Vocational High School in Georgia – winners of the 2016 Quaker State Best in Class competition – with the funds benefitting the school. The Staluppis then donated the car back to be sold again at Barrett-Jackson in Connecticut with proceeds going to the same school.