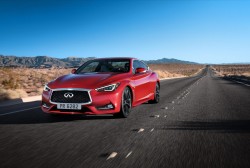 INFINITI today announced pricing for select models of the all-new 2017 INFINITI Q60 sports coupe, which will begin arriving at INFINITI retailers nationwide in early September. The Q60 is offered in a range of grade levels, including all-new advanced turbocharged engines and rear-wheel and all-wheel drive configurations. 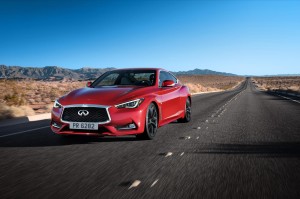 For buyers desiring to be among the first in line for the completely redesigned third-generation INFINITI sports coupe, a special Q60 Reservation Program is available at InfinitiUSA.com. Those who sign up for the program will not only be rewarded with their new Q60, but will receive their choice from a selection of gifts – including a GoPro® camera, Bose® music system and Tumi luggage.

The Manufacturer’s Suggested Retail Prices* (MSRP) for the 2017 INFINITI Q60 are:

The all-new INFINITI Q60, a style leader since its original inception, offers a compelling combination of daring design and exhilarating performance and dynamics. The third-generation of INFINITI’s renowned sports coupe is offered in a range of two-wheel and all-wheel drive configurations and powerplants – including the 3.0-liter V6 twin-turbo that it shares with the popular INFINITI Q50 sports sedan. 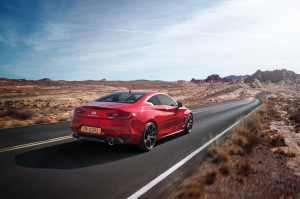 The new, exclusive VR-series 3.0-liter V6 twin-turbo engine is available in two states of tune – 300 horsepower in the Q60 3.0t Premium and 400 horsepower in the upcoming Q60 Red Sport 400 – and is a more than worthy successor to the renowned, highly awarded “VQ-series” V6 that has been a mainstay of INFINITI performance models for many years. Both of the new VR-series engines have been developed to provide an ideal mix of drivability, efficiency and performance. Around 85 percent of the parts utilized in the VR-series V6 are different from those used in the previous VQ-series V6.