When you’re really passionate about something you dive deep into your desires.  If you’re an audiophile you’ll pick up on every nuance of the speakers, or if you’re a watch collector you’ll have intimate knowledge of its inner workings.  And that’s what buying a Porsche is like; 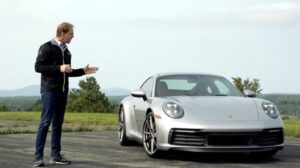 it’s a car for the driver who appreciates exactness and demands the best no matter the cost. 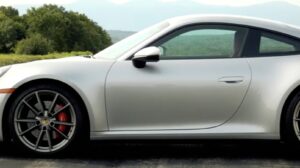 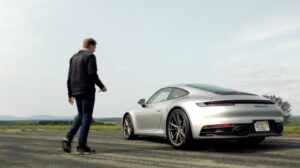 It’s an icon with over 5 decades of evolvement and a car that’s remained more steadfast to the original than any other.  Its rear-engine rear-drive layout is uniquely Porsche and as such has always demanded a prudent driver. 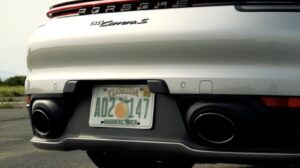 But this new 911 Carrera S – the step-up model with larger, more powerful twin-turbos – now features a wider track with staggered-wheel and tire sizes and new suspension tuning to improve traction and stability. 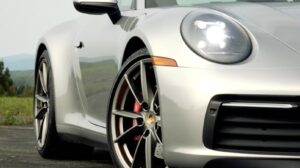 20s in the front and 21s in the rear with massively wide Pirelli P Zero 305s provide the glue for what becomes quickly evident: this is a 911 you can push harder with more confidence.

My car is equipped with a slightly lower, firmer Sport suspension and rear axle steering making it one of the best handling cars I’ve ever driven with virtually no body roll. 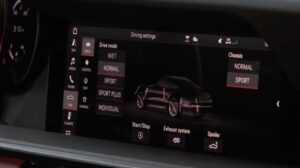 When in the highest Sport Plus mode with the sport exhaust in full bellow and the revised dampers hunkered down even further, this 911 is a powerful, visceral, road carving machine that communicates the road to the driver in ways that few other cars can. 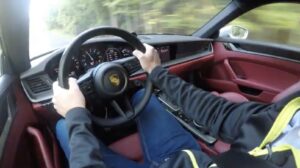 Porsche’s chassis setup, known as PASM, has had its software redeveloped to take advantage of the new suspension engineering, affording a wider dynamic range, with greater compliance over rough roads as well as more adhesion in the corners. 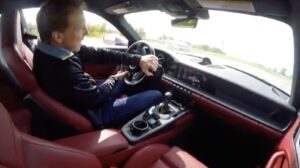 It feels amazing with a more direct steering touch, and better yet, ultimate control. 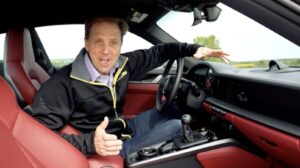 It’s been a long time since I’ve driven a Porsche with one of these and it’s such a refreshing experience.  Now, I’m not a get off my lawn, manual transmission sycophant but in the right car I absolutely want to shift for myself and in a Porsche like this it almost feels mandatory. 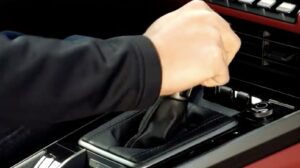 The 7-speed here replaces the new 8-speed PDK automatic as a no-cost option and it is magnificent.  It doesn’t feel like work; it just elevates your involvement.  It’s easy to drive even in stop and go traffic though I will say if you’ve got size 12 shoes or larger the footwell can feel a little tight on the left.  But it works this upgraded 3.0-liter flat-six masterfully, now producing 443 horsepower and 390 pound-feet of torque while weighing less than 3,300 pounds!  Thanks, in part, to a new air cooling system and new fuel injectors, this car’s broader powerband delivers its energy on-demand making it even quicker than before – with a 0-to-60mph time of 4 seconds flat.  Now, the stick can’t match the quickness of the PDK which does this in a mere 3.5 seconds, but for manual aficionados that’s likely a sacrifice they’re willing to make. 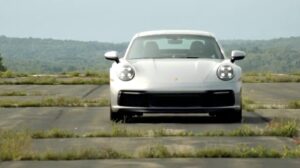 The biggest take away from this new generation 911 is how unflappable it is.  It feels as though it’s magnetically attached to the earth.  No surprise oversteer situations here; this car is as well planted as a Nissan GT-R and that’s saying something.  And then, this stickshift is sports car perfection.  It’s the only way I’d want mine spec’d.  It flows beautifully, reassuredly clicks into each gear and the clutch pedal is light and exacting just like the rest of the car.  You know; there are 50 + years of engineering in this 911 and it’s telling.  It’s the sports car at its pinnacle of acumen. 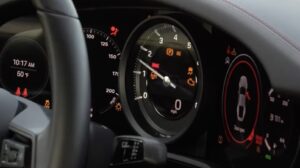 Greater use of aluminum in the stronger body solidifies the car’s rigidity. And the ride firmness is what I would call composed tautness.  You’re going to feel the road – and hear some of it too – but never to levels that seem unrefined.  Unfortunately, gas mileage takes a hit down from 23mpg to 20 in mixed driving with a 338 mile range.  So if you’re considering taking a trip out of town you’ll have this small, but deep frunk and expanded storage in the back by folding these seats to form a shelf.  Frankly, they’re useless for people anyway. 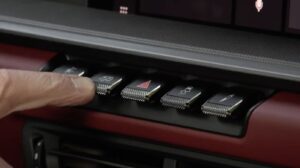 Keep the exhaust at its standard level and the car in Normal mode and you could cruise relatively comfortably with the this car’s smattering of creature comforts. Your neighbors might raise an eyebrow though each time you start it…it’s anything but quiet from outside. 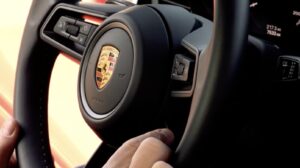 Even though this car is fitted with over $21,000 in options – welcome to Porsche – the cabin is nothing to write home about.  Remove the badge and I could be in anything costing half the price.  I know these are sport seats but they’re still too firm for me and don’t contour to my lower back, the outer digital gauges are blocked by the steering wheel, and it would be nice to have, say, smart key access.  But this isn’t a car for your daily commute or running to the grocery store – this is meant to be driven by someone who geeks out over precision. 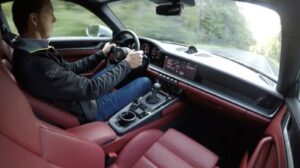 The priciest options on this tester are the Black/Bordeaux Red leather interior, the Adaptive Sport Seats with memory, the Sport Package which includes the exhaust, the front axle lift system to keep that chin off the ground, the rear axle steering and the Bose sound system.  As-tested, this car comes in at $137,570 and features new easier to control touchscreen infotainment with wireless CarPlay and other innovative features. 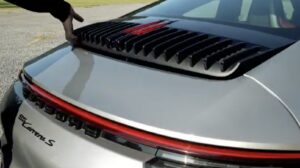 Ditto for the Audi-like virtual cockpit.  And from a design standpoint, I really like the new bodywork in the rear.  At face value you could say it’s just another Silver 911…but its added muscularity and new lighting design give it the subtle newness you’re looking for while retaining its unmistakable silhouette.

If you can afford the finer things in life, add this one to your shopping list.