Land Rover’s lineup of SUVs offers a little something for everyone; from track to trail and family life in between.  But this one here is my favorite because it’s the most well-rounded.  This is the full-size, 3-row Discovery. 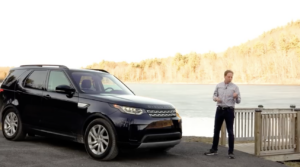 By in large, Land Rover’s lineup is divided into 2 groups: the quartet of high-end Range Rover models and a pair of more affordable SUVs sold under the Discovery name aimed at entry luxury buyers.  Not to be confused with the Discovery Sport which is more akin to a 3-row Evoque, the bigger Discovery used to be known as the LR4 before its 2017 redesign when it reemerged as a sportier-looking, lighter, unibody SUV with expanded versatility. 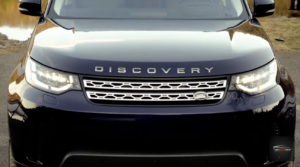 Now in its 4th model year, the Discovery is the British brand’s least chosen SUV which is a shame because its attributes best represent what a good Land Rover should be; stylish, luxurious and exceedingly capable without the huge price tag. With a starting price in the low-$50s, you can get a 5-seat, supercharged, serious SUV that’ll treat you and your family quite well. 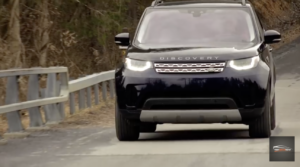 This one here ratchets things up with the optional diesel engine, 2 additional seats, and the plethora of goodies that come with the higher-level HSE trim and numerous add-ons some for an as-tested price of $75,835. 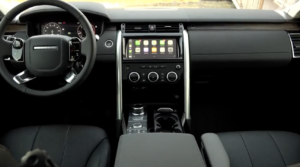 Land Rover introduced a host of updates for the Discovery last year mainly focusing on additional driver assistance features and improving the infotainment experience.  And this cabin is an absolute sanctuary.  Better than any other brand, Land Rover encapsulates you in their vehicle giving you an unparalleled feeling of safety and invincibility. 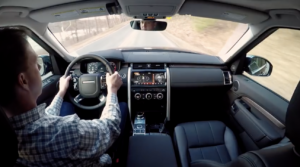 If you’ve ever driven a big, modern Land Rover then you know what I mean: it’s the ultimate antidote for road rage because you feel as though you’ve just entered a hermetically sealed bubble, several layers removed from the chaos outside.  You sit really tall in the driver’s seat though it’s still easy getting in and out thanks to the air suspension that can squat on these 20” wheels or balloon up to over 11” of ground clearance when in off-road height. 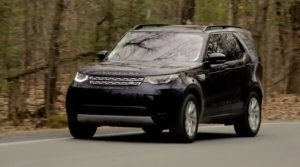 If you opt for the Seven Seat Package the air suspension is included.  Bundle that with the Capability Plus Package which includes the awesome Terrain Response 2 system and locking rear differential and you’ve got yourself quite the family tank. 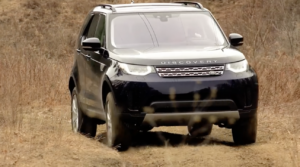 We did some serious off-roading in the Discovery the last time I tested it and it was amazing.  But what you probably didn’t expect to hear is light and nimble this is on the road.  And the super-soft ride quality is something I absolutely love. And the diesel is definitely adding positivity to the entire experience.

I’ve driven a number of Jaguar Land Rover vehicles through the years with diesel engines but I’ve never been terribly impressed with the exception of this application here in the Discovery.  I mean, this V6 is so torquey it’s great for both off-roading and exceptional on-road immediacy.  Plus, the fuel economy is non-SUV-like. 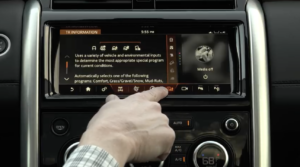 Rated at 254 horsepower and a hard-hitting 443 pound-feet of torque this is the heaviest and slowest Discovery but step on the accelerator and you’d certainly never know it.  In normal driving, the Td6 brings an EV-like reaction to acceleration without lag.  Keep your foot in it and the punch fizzles out rather quickly but for quick shots the diesel really brings it.  It’s also over 25% more efficient in all driving situations than the gas engine, highlighted by a 26mpg highway rating.  It also doesn’t stink or make any disconcerting sounds.  Unless you’re listening carefully you may not even know it’s a diesel.  It feels quicker than its 0-to-60mph time of 7.7 seconds and lighter than its 4,900 pounds.  The handling is actually stellar for an SUV of this size.  But if you’re thinking it can pull more it can’t.  Its 7,716 pounds towing capacity is less than the supercharged engine though the advanced tow assist package provides an easy dial that the driver can use to back up a trailer a la Ford. 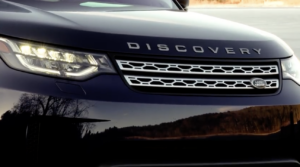 In a sea of SUVs that are starting to feel very similar the Discovery really stands out both for its combination of off-road prowess, styling and the features that it offers.  Now, I really like this little seat that folds down in the back.  It can support over 600 pounds and it’s the perfect place for some tailgating. 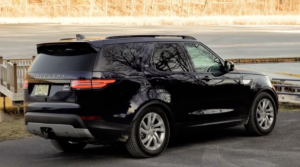 And if you’re thinking about the 3rd row, it’s surprisingly roomy though the wheel wheels intrude to give it an odd cut.  You can also opt for power folding seats that even work with the Land Rover app but this tester goes without.  The new Wade Sensing System for off-roading is also absent here. 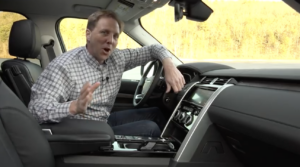