To say this current generation CR-V has been a success would be a huge understatement.  Redesigned for 2017 replete with major improvements, the CR-V and its car counterpart the Civic are Honda’s sales darlings. And this week I’m spending my time with the refreshed 2020 model. 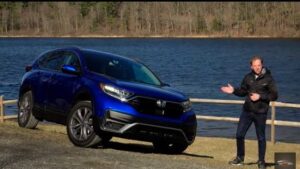 Universally beloved, the CR-V is a vehicle most everyone can agree upon.  With a 25 year history and current sales of over 36,000 per month, it’s highly likely you, a family member or a neighbor have either owned or currently drive one. 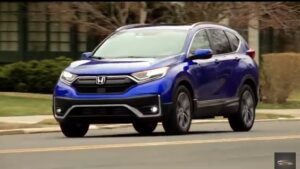 Now, as far as a mid-cycle refresh goes, this one is pretty low-key with one of the highlights being this gorgeous new Aegean Blue Pearl paint which is available on all but the base LX trim. 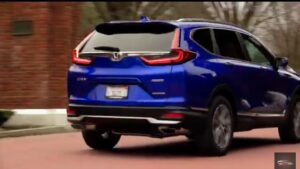 Exterior and interior styling has been tweaked for a bolder, more upscale appearance including these upsized 19” rims on the Touring trim… 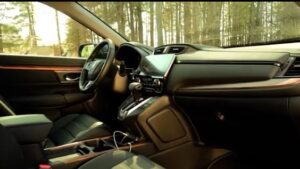 …and a redesigned center console that Honda says is easier to use and provides greater storage but I find it kind of unusual and a bit clunky. 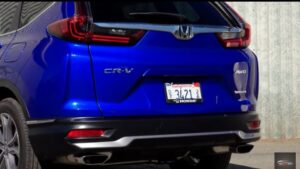 The 2.4-liter engine has been retired.  So now, no matter which of the 4 non-hybrid trims you choose including the base LX it’s going to come with the spunky 1.5-liter turbo producing 190 horsepower and 179 pound-feet of torque.  And yes; the CVT does remain but it’s a good one so there’s no reason to worry. 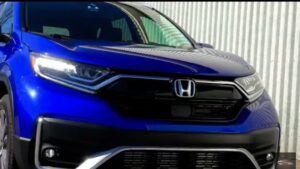 Rated at 29mpg in combined driving for all-wheel drive models, highway mileage decreases this year by 1mpg to 32.  With Honda Sensing now standard across the board, all CR-Vs come with adaptive cruise control, auto high beams and most of the collision mitigation features you would expect though the LX forgoes the blind spot information system with cross traffic alert.  As expected, the CR-V feels as easy as Sunday morning with an agreeable step-in height, comfortable perch and straightforward driver controls.  No scabrous shifter or superfluous switchgear, the CR-V is a simple get-in-and-go, point and shoot kind of machine which is why people love it. The drive is more than competent for its intended usage though it doesn’t elevate itself above the rest of the segment in the same way the Civic does.  The steering has an organic feel that connects car to driver, the ride never becomes too harsh, and the powertrain doesn’t strain like it does in the RAV4.  Speaking of which… 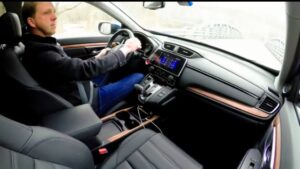 Having just driven the RAV4 last week, the comparisons here are inevitable.  And they both really do offer different takes on the small SUV.  The Toyota postures as tough while the CR-V is definitely more suburban.  You won’t find a terrain select knob in here or a torque-vectoring all-wheel drive system – the CR-V is all about running errands and your daily commute and for that it rides and drives better than the RAV4.  There’s a smoothness here that can be appreciated.  But even after this refresh the CR-V still lacks certain items such as a height adjustable passenger seat, a heads-up display or a surround view camera.  And the infotainment is mediocre. 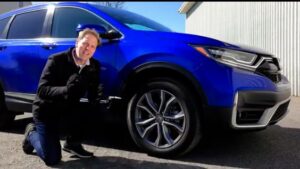 This range-topping Touring model is priced at $35,870 with all features standard.  New for this year is a heated steering wheel, wireless device charging but without wireless CarPlay and updated LED headlights.  And about this center console…the sliding cover feels a little cheap and things stuffed underneath the armrest tend to slide around so I’m not a big fan.  And the infotainment isn’t bad…it’s just not very good with a dated look and some of the audio functions far more difficult than they should be.   The Touring’s 9-speaker, 330-watt audio system is also unremarkable which is too bad because the cabin isn’t as quiet as I recall. 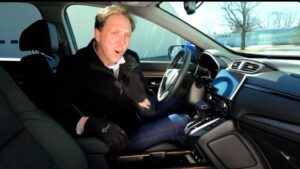 The rear seats are very roomy and the nearly flat floor puts 3-across firmly in-play.  It’s a bit cheesy not to include a seatback pocket on the driver’s side and there are no heated seats. Honda should ask Kia and Hyundai how they do it. 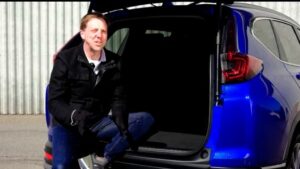 The cargo area opens with a kick of the foot and is framed like a tall rectangle for copious amounts of usable storage space, including a clever dual stage floor and remote levers for dropping the rear seats. 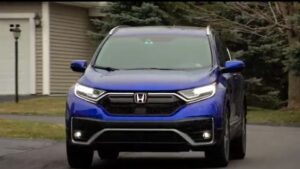 I love having remote start on the fob and in general the Touring feels mostly complete at this price.  But I’d like to see more sophisticated driving modes other than just the Sport setting for the CVT and the gas-saving Econ mode.  And while we’re at it why not offer a CR-V Si with a little more driving acumen?  We already know the chassis can handle it.  So while the changes here aren’t earth shattering, the 2020 CR-V gets spruced up a bit for continued sales success.