When shopping for an executive sedan I understand the desire to eschew the German triumvirate for something a little different, perhaps something with its own unique Japanese flair.  Well, that’s the Lexus LS; recently redesigned and still available in hybrid form. 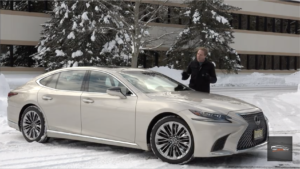 Let’s cut to the chase.  I like the LS.  I wouldn’t choose the hybrid.  It’s not as progressive as you might think.  Now, for those with slightly longer attention spans, let’s dig a bit deeper. 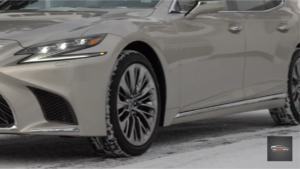 Lexus redesigned their flagship sedan for the 2018 model year ditching its conservative styling, V8 engine and super soft ride quality for a sexier, twin-turbo persona with more drive to it. 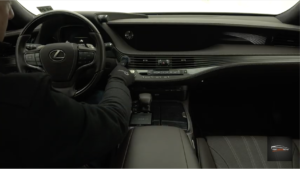 I tested it a year ago and was mostly impressed with the overall offering.  And now, I have the gasoline-electric hybrid version known as the LS 500h…an option Lexus offers on a whopping 6 models, far more than any other luxury automaker. 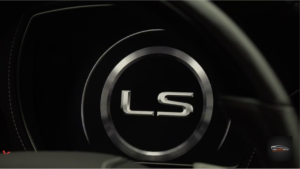 Like the 500, the 500h also uses a 3.5-liter V6 but there’re no turbos here; instead its output is supported by 2 electric motors and an innovative CVT producing 354 combined horsepower. 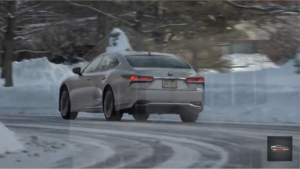 Lexus refers to this as a Multi Stage Hybrid, pairing a 4-speed automatic gear set at the beginning with the continuously variable transmission to generate more power from a standstill and remedy some of the CVT’s commonly known undesirable traits by mimicking the shifting of a 10-speed auto. 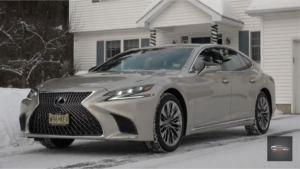 Though its 0-to-60mph time of 5.2 seconds is 4/10ths slower than the LS 500 AWD, it’s still quick and manages to feel very similar to that of a traditional automatic gearbox under these conditions. 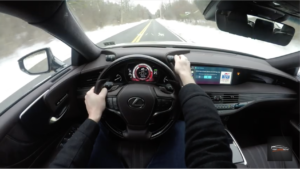 But when you’re driving less forcefully, say around the town, in Eco, Comfort or Normal modes the hybrid/CVT powertrain delivers far less satisfaction.  In the $100,000, luxury sedan segment, a cultured, serene drive is non-negotiable and the LS 500h simply doesn’t deliver those attributes to required levels. 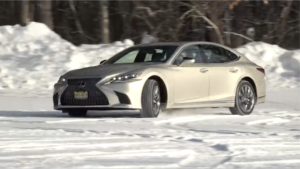 Other than the increased mileage I honestly cannot make a case for choosing the hybrid powertrain here.  It’s more expensive, less powerful and significantly inferior to its gas-only counterpart in terms of drivability. 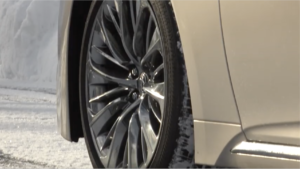 There’s no denying the engineering prowess packed into this hybrid model but at the end of the day if you’re asking the consumer to make big sacrifices in exchange for an extra 5mpg then I think you’ve missed your mark. 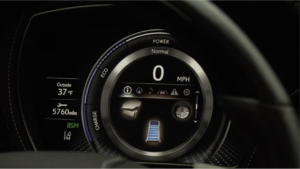 The EPA rates this car at 23mpg city/31mpg highway on premium; a 24% improvement which includes an impressive 577 mile driving range.  But I haven’t gotten anywhere near that, probably because Sport S and Sport S + are the modes that eliminate the weird hybrid sensations I don’t like. 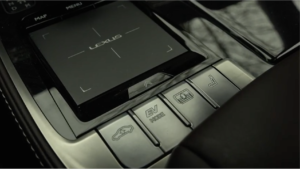 Plus, we can’t ignore the fact that the BMW 745e is a plug-in hybrid that sells for about the same price when optioned similar to this and is rated at 56MPGe. 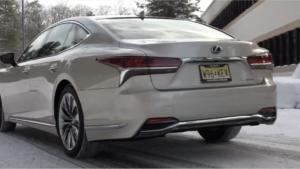 Surprisingly, this where I most enjoy driving the LS – out here on the back roads in Sport mode where the hybrid powertrain truly comes to life.  And the manufacture red engine sounds are really authentic. 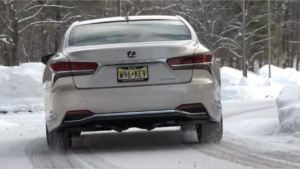 As noted in my previous LS test drive, the optional air suspension and 20” wheels don’t provide the expected Lexus-level, magic carpet-like ride but it’s got some hustle and getup to it when you’re taking the road less traveled.  And it’s still as quiet as can be. The AWD system with Snow mode is also legit using a Torsen limited-slip center differential that doesn’t require a wheel to slip before intervening, capable of sending up to 48% of the available torque to the front wheels. 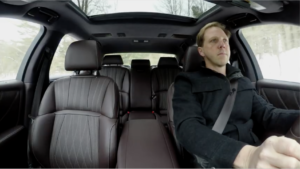 This back here is the equivalent to courtside seats – 18 way with power recline, power sunshades and your own touchscreen controller – this is where I’d rather be on a long trip because…

…this is such a distracting mess I feel bad even spending more time on it.  I’ve said it all before; it just can’t be in a car of this ilk.  At least CarPlay has been added for this year.  Otherwise this is the fail of all fails. 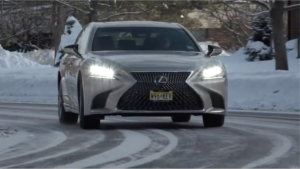 The cabin is beautiful, rich and welcoming with stunning animations, massaging front seats and all of the safety features including this panoramic view monitor and one of the biggest and best heads –up displays you can buy.  The 23-speaker Mark Levinson stereo is out of this world and the rear seats are above and beyond for 2 more.  Amazon Alexa compatibility has also been added this year.  But the LS lacks a number of accoutrements its rivals offer such as Android Auto, wireless device charging, changeable ambient lighting, more prolific outside welcome lighting, aromatherapy, heated touchpoints, glass roof and a more extensive driver information display.  I love the design, textures and materials but again, at this price point the margin for error is razor thin.  And at 12 cubic feet, the trunk is also a little smaller.  MSRP as-tested is $107,355.  If I was in the market for an LS an F SPORT would be my choice.  As a hybrid, it loses some of its luster.