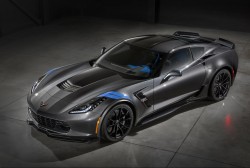 Chevrolet announced today the track-bred 2017 Corvette Grand Sport will be priced at $66,445 for coupe models and $70,445 for convertibles, when they go on sale this summer. The prices include the destination charge, but not tax, title and other dealer fees. 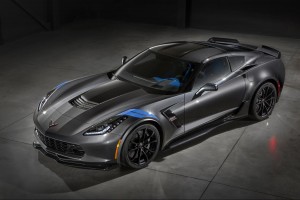 With heritage-inspired design cues combined with track-focused chassis and suspension elements, the new Grand Sport builds on a legacy established in 1963, when five Grand Sport race cars were built under the direction of the Corvette’s first chief engineer, Zora Arkus-Duntov.

“The racing DNA of the original Grand Sport race cars is in the 2017 model, adding greater dimensions of capability and driver involvement to the Corvette’s award-winning architecture, for a purer driving experience,” said Harlan Charles, Corvette product marketing manager. “It is a worthy successor to the spirit of the originals.” 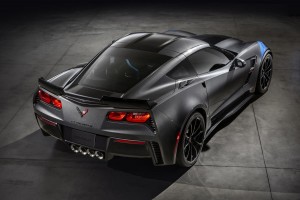 Further, engineers adapted the Brembo braking system from the Corvette Z06 to give it estimated 60-0-mph performance of less than 100 feet with the available Z07 package, which adds carbon ceramic-matrix brake rotors, along the PS Cup 2 tires.

In addition to the track-focused chassis and suspension components, the Grand Sport features unique exterior elements, including specific front fender inserts and Z06-style grille, as well as wider fenders and rear quarter panels to accommodate a wider track. 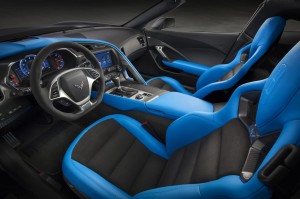 A Grand Sport Collector Edition will be offered later in the model year, featuring Watkins Glen Gray Metallic exterior with Tension Blue hash-mark graphics, satin black full-length stripes, black wheels and a unique Tension Blue full leather and suede-wrapped interior. A three-dimensional representation of an original Grand Sport race car is embossed in the headrests and that shape is also used on an instrument panel plaque that carries a unique build sequence number.

FAST FACT: The original 1963 Grand Sport race cars were built just before a corporate edict suspending direct motorsports involvement was announced. They didn’t compete officially, but Zora Arkus-Duntov got them to racers who campaigned the cars privately.