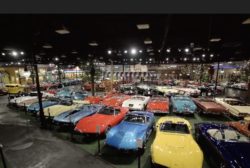 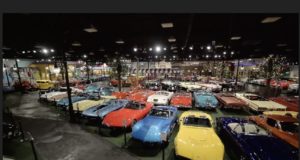 The prized John Staluppi Cars of Dreams Collection is one of the most notable private collections on the East Coast. Mr. Staluppi owns a diverse group of American cars – predominantly convertibles – from the ’50s, ’60s and ’70s, along with custom vehicles and Resto-Mods. More than 140 vehicles currently housed in his North Palm Beach Cars of Dreams Museum will cross the block, all at No Reserve.

Click on this link, or the image below to preview this incredible collection! 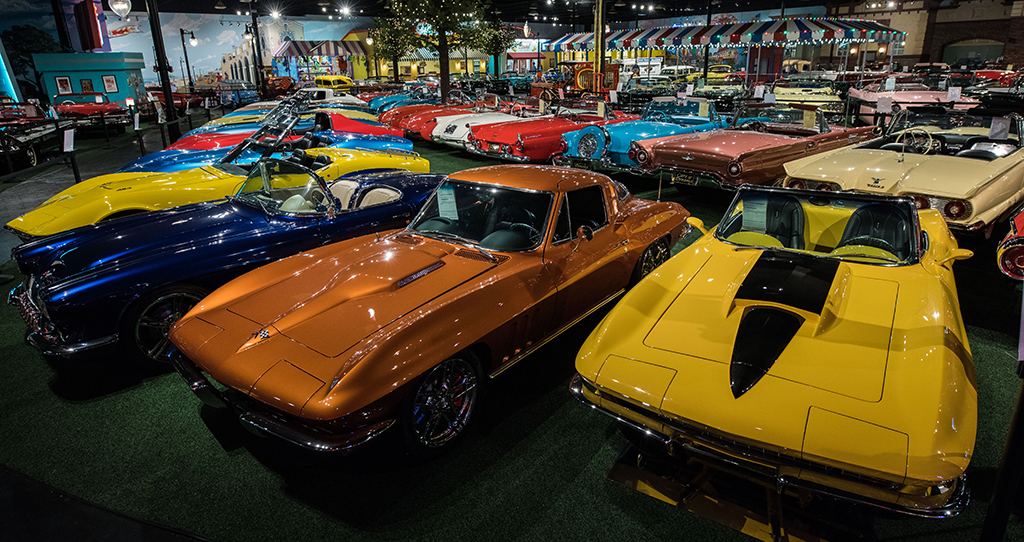 One of the stars of the Barrett-Jackson scene over the past several years has been Florida’s renowned car collector and philanthropist John Staluppi. Well-known for his empire of auto dealerships and superyachts, the charismatic Staluppi, along with his wife Jeanette and their children, have been car collectors for many years.

This year, Mr. Staluppi will auction the prized John Staluppi Cars of Dreams Collection during the 16th Annual Palm Beach Auction. The auction will take place on April 12-15, 2018, at the South Florida Fairgrounds. 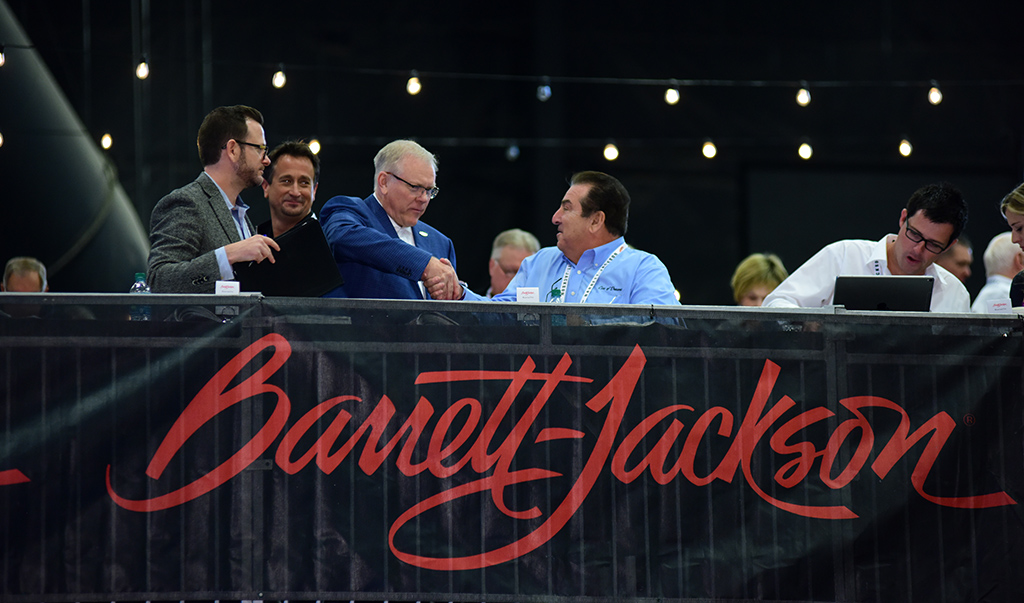 “John Staluppi and his wife, Jeanette, have been part of the Barrett-Jackson family for many years,” said Craig Jackson, chairman and CEO of Barrett-Jackson. “Over the years, John, Jeanette and their children have amassed some of the best examples of cars from the golden era of automobiles. They are now offering others a special opportunity to own unique and meticulously maintained pieces of automotive history. We couldn’t be more honored that they chose Barrett-Jackson to sell their incredible collection.”

One of the most notable private collections on the East Coast, the Staluppis have a diverse group of American cars – predominantly convertibles – from the 1950s, 1960s and 1970s. Their collection includes original and custom vehicles, including tasteful Resto-Mods. 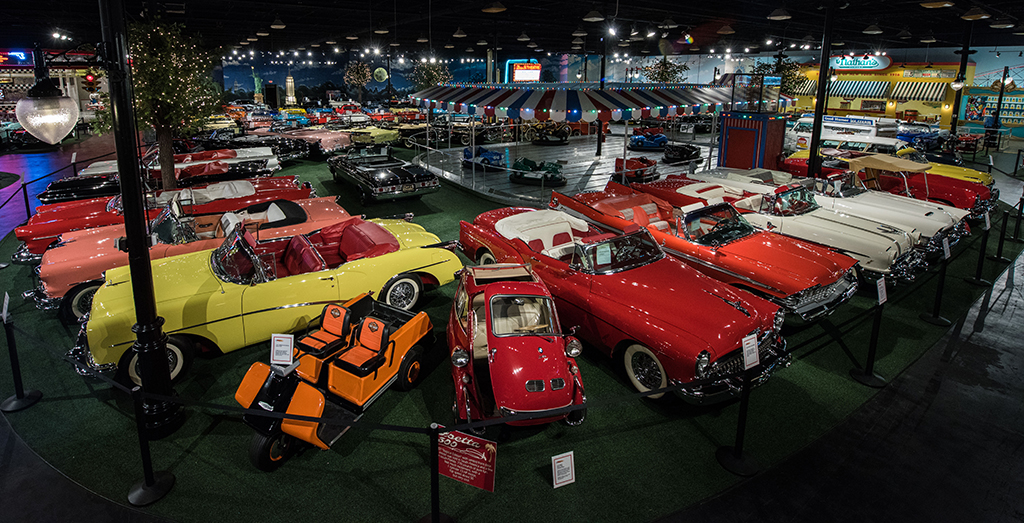 More than 140 vehicles currently housed in his North Palm Beach Cars of Dreams Museum will cross the block, all at No Reserve. A few of the crown jewels in collection include a ’57 DeSoto Adventurer, a ’59 Dodge Custom Royal Super D-500, A ’68 Shelby GT500 and a ’63 Volkswagen Beetle better known as “Herbie,” which was used in several of the iconic Walt Disney movies.

“I’ve been passionate about collecting cars my entire life, starting with Hot Wheel models when I was just a kid,” said John Staluppi. “I’m fascinated by everything from European concept vehicles to hot rods and ’60s-era American muscle cars. That’s why our current collection is so diverse, including many vehicles we purchased to support non-profit organizations.”

Over the years, the Staluppi family has donated millions of dollars to support charitable organizations through the Barrett-Jackson auction block. Their philanthropic passion was evident at the 2018 Scottsdale Auction, when they bought the first 2018 Corvette Carbon 65 Edition for $1.4 million, with the money benefitting former U.S. President George W. Bush’s Military Service Initiative. Last year in Palm Beach, the Staluppis bought a Resto-Mod Mustang built by students in the automotive program at Jordan Vocational High School in Georgia – winners of the 2016 Quaker State Best in Class competition – with the funds benefitting the school. The Staluppis then donated the car back to be sold again at Barrett-Jackson in Connecticut with proceeds going to the same school. 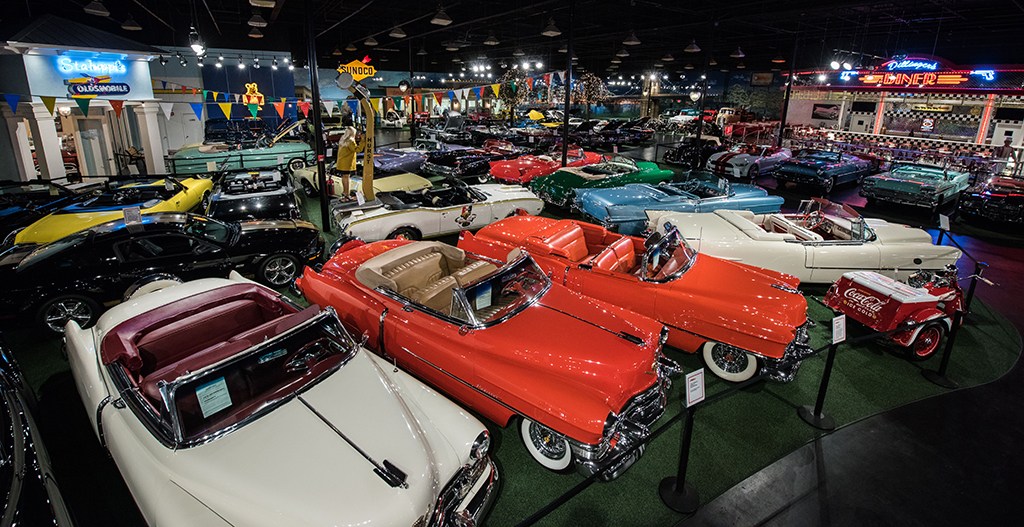 “John Staluppi’s impressive collection encompasses a wide variety of marques and eras,” noted Steve Davis, president of Barrett-Jackson. “John and his family appreciate the unique stories and history behind the cars as much as he does driving them. And their support of charity is legendary. The John Staluppi Cars of Dreams Collection will truly be a spectacular part of our Palm Beach Auction.”

What is next for the Staluppi family?

“Jeanette and I found the process of building a ‘dream collection’ for our museum to be incredibly fun,” added Mr. Staluppi. “We enjoy the hunt for the perfect collection as much as we do driving the cars. We intend to start over again and build a new dream collection. We look forward to taking a new direction with it through Barrett-Jackson, and then sharing it once again with the community. This is just the next step in our adventure.”

For a look at all the vehicles in the John Staluppi Cars of Dreams Collection, click HERE.