Posted on September 3, 2013 by TestDriveNow.com 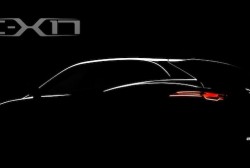 (WHITLEY, UK) -The C-X17 has been created as a design study to introduce Jaguar’s new, highly-advanced, modular aluminum architecture.

The concept illustrates the diversity of vehicles that could be produced using this architecture, which underpins the innovative future of the Jaguar brand.

Jaguar will also display its newly introduced production models at the Frankfurt Motor Show. These will include the recently launched ‘R’ performance models – the XJR and XFR-S – as well as the highly-acclaimed F-TYPE.